In this richly detailed and engaging history, Lizzie Collingham establishes how control of food and its production is crucial to total war. How were the imperial ambitions of Germany and Japan - ambitions which sowed the seeds of war - informed by a desire for self-sufficiency in food production?

How was the outcome of the war affected by the decisions that the Allies and the Axis took over how to feed their troops? And how did the distinctive ideologies of the different combatant countries determine their attitudes towards those they had to feed? Tracing the interaction between food and strategy, on both the military and home fronts, this wide-ranging, gripping and dazzlingly original account demonstrates how the issue of access to food was a driving force within Nazi policy and contributed to the decision to murder hundreds of thousands of 'useless eaters' in Europe.

Focusing on both the winners and losers in the battle for food, this book brings to light the striking fact that war-related hunger and famine was not only caused by Nazi Germany and Imperial Japan, but was also the result of Allied mismanagement and neglect, particularly in India, Africa and China. American dominance both during and after the war was not only a result of the United States' immense industrial production but also of its abundance of food.

This book traces the establishment of a global pattern of food production and distribution and shows how the war subsequently promoted the pervasive influence of American food habits and tastes in the post-war world. A work of great scope, The Taste of War connects the broad sweep of history to its intimate impact upon the lives of individuals. Creates a whole new and original dimension to the disasters of war. Every page contains a fresh insight Powerfully written A major achievement. The Taste of War presents a wholly novel approach to a conflict which still informs our understanding of the contemporary world.

It will stir family memories of privation and endurance wherever it is read.

Food was so important and so universal an element to the experience of the Second World War that it is extraordinary no one has written its history before. Lizzie Collingham's pioneering book, ranging from the famine lands of Eastern Europe, China and India, via the development of German and Allied policies, to the new plenty of America, is a magnificent example of the new global history-writing at its very best.

Every now and again a book comes along that transforms our understanding of a subject that had previously seemed so well worn and familiar. That is the measure of Lizzie Collingham's achievement in this outstanding global account of the role played by food and its absence during the Second World War. It will now be impossible to think of the war in the old way. She has added a whole new layer of understanding not only about the way the war was fought but about the gruelling consequences for tens of millions of non-combatants world-wide when the food chain collapsed.

Now, once again, Collingham reminds us, the global food economy is facing a crisis. It allows our most engaged readers to debate the big issues, share their own experiences, discuss real-world solutions, and more. Our journalists will try to respond by joining the threads when they can to create a true meeting of independent Premium. The most insightful comments on all subjects will be published daily in dedicated articles. You can also choose to be emailed when someone replies to your comment.

The existing Open Comments threads will continue to exist for those who do not subscribe to Independent Premium. Due to the sheer scale of this comment community, we are not able to give each post the same level of attention, but we have preserved this area in the interests of open debate. Please continue to respect all commenters and create constructive debates.

Want to bookmark your favourite articles and stories to read or reference later? Find your bookmarks in your Independent Premium section, under my profile. Subscribe Now Subscribe Now. 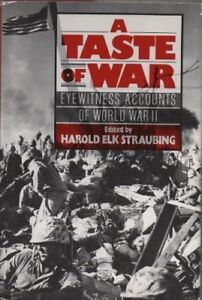 The Taste of War: World War II and the Battle for Food | Foreign Affairs